Today, we’re launching a new co-design tool called Combined Choice. This is part of Demos’ work to build a different kind of democracy: an everyday democracy in which people are involved in the democratic process regularly and deeply, not once every few years with an x in a box. A democracy that is grounded in communities, organisations, and decisions that are fully connected to our daily lives.

In 2005, Tom Bentley, then Director of Demos coined the phrase everyday democracy. It is worth quoting him at length, because his analysis is even truer today, and his prescriptions form the heart of how Demos seek to influence the world in 2022 and beyond. He explained how democracy, at its heart, is about compromise between individuals, not individual self-interest, and therefore requires us to learn and develop as democratic citizens if we are to share a common space and build a common identity:

“We need to renegotiate the basis on which we share responsibility for this public realm – the wider context in which ordinary lives are lived out. Democracy is the only set of principles that can allow us to do this – enjoying personal rights demands collective responsibilities, which in turn require new rules of governance. The question is how this set of principles can be given tangible expression through institutions that connect with people’s daily lives, rather than being imprisoned within cultures and institutions that are viewed only through the long-distance lens of the media. Only if democracy is anchored in everyday experience will it be possible to legitimise shared rules that restrict people’s freedom some of the time. For that to happen, people must share in both power and responsibility.”

Demos is not just a think tank. We’re also an innovation charity: we design and deploy new technology to help improve the process of democracy, public consultation, and policy making. We’ve built software, in partnership with the University of Sussex, to analyse large scale natural language datasets – like social media feeds, or customer contact transcripts – to help organisations understand public opinion and lived experience more deeply. We’re pioneering the use of an interactive survey tool, Polis, in the UK, which allows us to crowdsource ideas and – crucially – identify points of consensus between groups with different points of view. We build tools and games to help people understand complex policy issues – like a tax calculator where any citizen can play at being chancellor. We house these tools, along with public opinion polling, in our Public Participation Lab, a centre of excellence for involving the public in policy and decision making.

We do this because we recognise that it is not easy for institutions to take on the kind of radical democratic transformations for which Demos advocates. We have to build and deploy tools to allow local and national decision makers to try out these new ideas and processes. We also recognise that there is no one single tool that a democracy needs. Too many democratic reformers are champions of silver bullets: if only we fixed the voting system, everything would work, they say. Or if we capped political donations. Or if we put all legislation on Github and let people just edit it. Or if our part of the country was independent. At Demos, some of us believe in each of these ideas, and some of us believe in them all. But we all recognise that no single reform will be the solution. To be agile, democracies need a whole toolbox of ways to involve citizens in the decisions that affect their lives. At Demos we will continue to advocate for those innovations. But we will also build them, try them, and improve them as we learn. That is where Combined Choice fits into the Demos story, as a new tool for the Everyday Democracy toolbox. 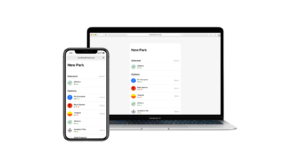 Combined choice is a simple yet radical tool to create a new kind of voting system. Normally, when you go into the voting booth, the ballot paper is already printed. You have to choose from the options before you. That’s entirely reasonable when it comes to choosing an elected representative, but around the world, we see that referendums on specific decisions can often go wrong. They go wrong when the proposition on the ballot paper is poorly expressed, and even those campaigning for it cannot agree on what it means. That is, after all, why we have spent four and a half years arguing about what Brexit meant. But referendums also go wrong in places where they are extremely common. New propositions are put before the people that make sense individually but add up to the impossible; the state of California struggles to balance its budget because it is locked up in so many incompatible referendum-required tax cuts and budget allocations.

Combined Choice is designed as an alternative to referendums because it tackles both of these problems. It gives the voter themselves the right of initiative – the opportunity to put forward their own proposals. And it requires people to put forward “whole system” solutions rather than individual demands that may command support separately, but don’t make sense together.

We see huge potential for this in improving decision-making in a whole range of different fora, including representative chambers at national and local level. However, the first test bed for this will be in community decision-making, in redevelopment, housing, planning and community budgets. We’re not starting small because it’s easier, but because these decisions are where everyday democracy lives or dies. These decisions are relevant to every day of people’s lives, to the most salient lived experiences of home, neighbourhood, and community. These are the decisions that matter enough for it to be worth getting involved, worth learning how to connect with your neighbours, worth learning how to campaign, and how to negotiate. The democratic skillset of relationships, collaboration and compromise is built in the community, and Combined Choice will help build it.

In November we partnered with York Central Co-Owned (YoCo) to pilot Combined Choice. Learn more about our York pilot here, read our report or get in touch here.